Dangers of Shooting Up Suboxone

Dangers of Shooting Up Suboxone

Suboxone is an extremely beneficial medication that helps many individuals stop abusing opioids, both illicit substances like heroin and prescription drugs like oxycodone, hydrocodone, and codeine. It has even been proven in many studies to be just as effective, and sometimes more effective, than methadone. However, the drug does contain buprenorphine, a type of partial opioid agonist that, when taken in high doses, can cause euphoria and other effects similar to addictive opioid drugs. 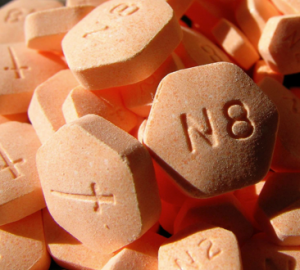 Unfortunately because of this, many individuals abuse Suboxone in order to feel these effects, commonly crushing the drug in order to inject it. Shooting up Suboxone is a dangerous practice that can lead to many health effects, some of which can also be caused by abusing other types of opioids. In addition, Suboxone has certain side effects of its own that can be caused when it is abused, and these can be particularly harmful as well.

Suboxone and Subutex are two types of prescription drugs containing buprenorphine that treat opioid addiction. The latter medication contains only buprenorphine while the former contains both buprenorphine and naloxone. Suboxone was introduced in order to help protect the drug from being diverted into illegal channels and to discourage patients taking it through a doctor’s care from abusing it. The presence of naloxone in the drug may cause a number of side effects in the individual who abuses Suboxone, a fact that is meant to discourage abuse.

According to the National Library of Medicine, “Naloxone is in a class of medications called opioid antagonists,” and the drug on its own is often used to treat individuals who have overdosed on opioids by severing the bond between the opioid drug and the receptors in the brain, causing withdrawal symptoms to occur immediately. This is necessary when an individual is overdosing on opioids, as overdose can be deadly, but the same effect can also deter someone from abusing Suboxone. When a person crushes a Suboxone sublingual tablet and prepares it for injection, it causes the naloxone in the medication to become activated, and withdrawal symptoms will immediately kick in as soon as the person injects the drug. This is meant to deter individuals from abusing the drug.

Unfortunately, many people still abuse Suboxone in this way and experience intense withdrawal symptoms. According to the U.S. Food and Drug Administration, “Injecting Suboxone may cause serious… symptoms such as pain, cramps, vomiting, diarrhea, anxiety, sleep problems, and cravings.” Usually these symptoms are not life-threatening, but they can be incredibly uncomfortable, painful, and even terrifying. It is important to avoid abusing this substance, especially by crushing and injecting it, because withdrawal symptoms caused by shooting up Suboxone can be extremely problematic.

As stated by the FDA, “Injecting this medicine may cause life-threatening infections.” Like in the case of many other types of opioid drugs that are commonly injected by abusers, shooting up Suboxone can cause a person to contract a number of dangerous diseases and infections such as:

Infections can occur when the needle itself is dirty, and they can also be passed from person to person if the needle is shared, a dangerous and extremely common practice among drug abusers. In addition, diseases like HIV and hepatitis can be spread this way, as well as through unsafe sexual practices which are more common among injection drug abusers.

Suboxone abuse via injection often has a number of other side effects on a person’s health as well. According to the University of New Mexico School of Medicine, “Like prescription narcotics and heroin, buprenorphine affects the reflexes that keep you breathing.” Overdosing on opioids can lead to respiratory depression so severe that the individual stops breathing altogether. Even though “this effect is not strong” in most individuals, choosing to abuse the drug in this way increases a person’s chances of overdose and its dangerous effects. Mixing Suboxone with alcohol or sedatives, another common practice of opioid abusers who might be likely to inject Suboxone, can also lead to deadly overdose.

Shooting up Suboxone can also lead to other health effects like:

Abuse of the drug has been known to cause several psychological and mood issues like depression, apathy, and irritability. Suboxone is not meant to be injected, and therefore, can cause a number of intense side effects that are not beneficial to the patient and can even be incredibly harmful when the drug is taken in this way.

Many individuals who begin abusing Suboxone by injection in the first place are already dependent on opioids, but doing so can cause Suboxone addiction. Addiction can create a number of problems in your life, such as:

You will be unable to do anything without Suboxone and everything else in your life will begin to seem unimportant. Shooting up the drug can also be more likely to cause addiction more quickly because doing so causes the drug to take effect faster than if it was placed under the tongue or taken in another way.

Understanding the Danger of Suboxone Injection

Even though Suboxone contains buprenorphine, which is only a partial opioid agonist, and naloxone, which is meant to deter the possibility of abuse via injections, many individuals still do inject the drug and experience health problems, severe withdrawal symptoms, and sometimes even an addiction syndrome. According to the Drug Enforcement Administration, “Like other opioids commonly abused, buprenorphine is capable of producing significant euphoria,” and it will always be abused to some degree because of this fact. Those who shoot up with Suboxone are putting themselves in an extreme amount of danger, and if you are practicing this or know someone who is, it is important that you seek professional opioid abuse treatment immediately.