When left to its own devices, heroin addiction can be a devastating condition that strips away a person’s sense of self as well as anything else that holds importance in his or her life. In effect, heroin’s effects are so powerful that people who’ve been in recovery for months or years at a time can still be drawn back into addiction with one single slip-up.

Like methadone, Suboxone’s main ingredient is an opiate-based substance known as burpenorphine, which calls into questions its actual effectiveness as a heroin addiction treatment. Granted, Suboxone’s opiate effects do account for much of the relief this drug brings, which accounts for the “legal high” reference.

In actuality, Suboxone’s chemical makeup and overall effects are designed to treat the damage left behind by heroin abuse and restore the brain back to a normal functioning level. 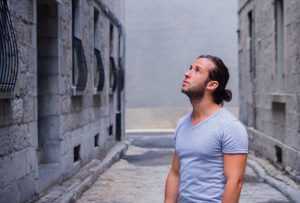 Suboxone helps eliminate the urge to use heroin.

According to the University of Delaware, the damaging effects of heroin addiction start with how this drug takes over the brain’s chemical system. With each dose, heroin overrides the brain’s natural neurotransmitter secretion rates, forcing massive amounts of dopamine, serotonin and norepinephrine into the brain.

Feel free to call our toll-free helpline at 800-533-1341 (Who Answers?) to ask about heroin addiction treatment options.

The repeated dopamine chemical surges brought on by heroin abuse have adverse effects on the brain reward center. The reward center dictates a person’s motivations, beliefs and priorities based on positive experiences and the behaviors that cause them. As dopamine is responsible for regulating pain- and pleasure-based perceptions, dopamine level outputs play a central role in how this area of the brain operates.

In effect, changes in brain reward center functioning create a state of psychological dependence on heroin to the point where users come to believe they need the drug to cope with daily life.

Suboxone’s opiate ingredient is designed to deliver controlled effects in terms of how it impacts the brain’s neurotransmitter production rates, according to the Substance Abuse & Mental Health Services Administration. In this way, Suboxone treatment works to stabilize chemical levels and restore a normal chemical balance in the brain.

Suboxone also contains naloxone, a second ingredient that acts as a countermeasure in the event a person has a relapse episode. Naloxone works by causing severe withdrawal effects to develop whenever heroin is used.

How is Suboxone Any Different than Heroin?

The compulsive drug-using behavior that characterizes heroin addiction breeds its own mindset in terms of creating a habit and perceived need for the drug. Suboxone produces long-acting effects that can last for up to 72 hours at a time. This means a person only “uses” the drug once daily or once every other day.

In effect, Suboxone treatment helps break compulsive drug-using behavior, and in turn retrains the brain reward system by eliminating the need to engage in compulsive drug use.

Overall, Suboxone treatment’s therapeutic effects work to support a normal brain chemical balance while retraining the brain reward system in the process. Rather than being a “legal high,” Suboxone treatment provides the level of treatment support most needed to break the heroin addiction cycle.

If you have more questions about Suboxone treatment, or need help finding a heroin addiction treatment program that meets your needs, call our toll-free helpline at 800-533-1341 (Who Answers?) to speak with one of our addiction specialists.