Can You Overdose on Suboxone?

Home › Articles › Can You Overdose on Suboxone?

Can You Overdose on Suboxone?

Suboxone is an extremely beneficial medication that many individuals take in order to stop abusing and end their dependence on opioid drugs. Suboxone contains buprenorphine and naloxone, and because buprenorphine is a partial opioid agonist, it can still create many of the same effects that full opioid agonists cause. Unfortunately, this means there is a potential that an individual may overdose on Suboxone, and knowing how, why, and to what extent this can occur is extremely important if you are taking or planning to take Suboxone.

Like with many other drugs, a person can overdose on Suboxone if they take too much of the drug. Because the buprenorphine in Suboxone shares many of the properties of other opioid drugs, it can cause dangerous and even deadly overdose syndromes but only in certain cases. 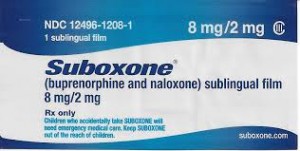 Abusing suboxone can lead to overdose.

Individuals who abuse Suboxone are more likely to experience an overdose than those who take it as prescribed. Accidental overdoses do occur, but sometimes, a person may decide to take too much of the drug on purpose. In addition, many individuals who mix Suboxone and other substances like benzodiazepines, sleep medications, and other tranquilizers or alcohol do not realize how dangerous this can become. This type of behavior can lead to an overdose because the other substances can intensify the effects of Suboxone, especially those that are most dangerous.

What Happens During Suboxone Overdose?

Suboxone overdose can occur when an individual takes too much of the drug or takes it with other drugs or substances that intensify its effects. According to the U.S. Food and Drug Administration, there are specific signs that can point to a possible overdose of Suboxone. You may “feel faint, dizzy, confused or have… other unusual symptoms.” Because of this, it is important that anyone who regularly takes the drug understands the common side effects caused by regular doses of Suboxone as well as the side effects commonly experienced by the individual themselves. When you begin to experience different or more severe symptoms all of a sudden, it could be a sign that something is wrong.

When a person overdoses on Suboxone, their breathing will likely become slowed and labored, much in the same way that other opioid drugs cause. If you start to notice that your breathing has become extremely slowed, call your doctor right away, as this could be a sign of Suboxone overdose.

According to the National Library of Medicine, other overdose symptoms may include dizziness, blurred vision, extreme drowsiness, and pinpoint pupils. The latter of these symptoms is easy for others to spot, as your pupils will become extremely small like the head of a pin. All of these symptoms are usually caused by other opioid drugs as well when an overdose situation occurs.

Suboxone can be taken safely and effectively, especially under the care of a certified physician. However, many individuals do abuse the drug, and abuse can lead to overdose. As stated by the Drug Enforcement Administration, “Large percentages of the drug abusing populations in some areas of France, Ireland, Scotland, India, Nepal, Bangladesh, Pakistan, and New Zealand have reported abusing buprenorphine by injection and in combination with a benzodiazepine.” These acts can lead to overdose.

Opioid abuse can lead to deadly overdose, mostly because of the respiratory depression the drugs may cause. Because buprenorphine can cause this same type of respiratory depression, it can be deadly in an overdose situation. However, according to the Substance Abuse and Mental Health Services Administration, “Because of its ceiling effect and poor bioavailability, buprenorphine is safer in overdose than opioid full agonists.” Because of this, many individuals believe the drug is not deadly, but there is a chance that it could cause a deadly overdose syndrome if abused in extremely high doses. The inclusion of naloxone in the medication is meant to deter individuals from doing just that––as naloxone precipitates withdrawal when the individual crushes and snorts or injects Subxone––but it still does occur.

SAMHSA states, “Respiratory depression from buprenorphine (or buprenorphine/naloxone) overdose is less likely than from other opioids.” This includes methadone, another medication used to treat opioid addiction and dependence. Therefore, many individuals who have a high risk of abuse during their treatment program and are able to tolerate buprenorphine-based medications well may be encouraged to take Suboxone instead of methadone. Those individuals who also have other co-occurring mental disorders that may cause suicidal thoughts or actions, like depression, would also likely be better off if treated with Suboxone than methadone. Because respiratory depression from the drug is less likely than it is from other opioids, it can be considered safer for some patients.

How Can I Avoid Suboxone Overdose?

As stated by the NLM, you also must “not inject… buprenorphine and naloxone sublingual tablets [Suboxone]” as “severe reactions may happen.” This can include intense withdrawal symptoms as well as overdose, respiratory depression, and death. Abusing Suboxone is extremely dangerous, and doing so by injecting the drug only increases the risk of overdose.

If you believe you––or someone you know––may have overdosed on Suboxone, call 911 immediately. Go to the hospital and answer any questions to the best of your ability, including the medication(s) you were on, how much you took, and any other pertinent information.

Avoiding Suboxone overdose is simple if you abide by the treatment and dosage amounts set by your doctor. If you ever feel that your dosage needs to be changed, make sure to always discuss it with your doctor before you begin taking a different dosage.