Home › Articles › Drug Addiction on Reality Television: The Good and the Bad

Drug Addiction on Reality Television: The Good and the Bad

As the National Institute on Drug Abuse (NIDA) notes, “It is often mistakenly assumed that drug abusers lack moral principles or willpower and that they could stop using drugs simply by choosing to change their behavior. In reality, drug addiction is a complex disease, and quitting takes more than good intentions or a strong will.”

Because of the general assumption that drug abuse is a failure of will, it hasn’t been something traditionally discussed in the open. Instead, addicts were a taboo subject, left to suffer in silence. Shame was heaped upon people who suffered from addiction and their families were often isolated because they were being torn apart by something they couldn’t discuss.

When it came to entertainment, addiction was often so highly dramatized and quickly resolved that it wasn’t recognizable to people suffering with it. Alternately, addicts could be slotted as villains or weak minded people unable to cope with life.

In recent years, the concept of addiction has been picked up by reality television, which attempts to explore the humanity of addiction, even though they don’t always get it right.

If you have watched a reality television program about addiction and feel that it depicts your life, it is time for you to get the treatment offered on those shows. Suboxone is one method, but you should also explore complimentary treatments like therapy or support groups. Contact SuboxoneDrugRehabs.com at 800-533-1341 (Who Answers?) and learn about the ways that you can access suboxone and compliment it with additional treatment methods.

The Rise of Addiction Television 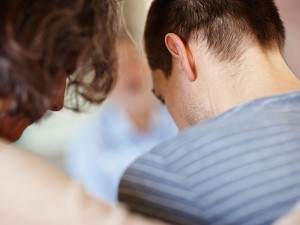 Drug addiction being depicted in the media helps viewers understand how common it is.

The first reality television show to make itself known in the market is one you have probably heard of: Intervention. The A&E network program made its debut to audiences in March 2005 to a fascinated audience.  It was the first program to grab major rating by showing the devastation that addiction causes not only for the addict but also anyone close to them.

After the initial high ratings, A&E ordered a full season of the program and reality television’s connection to addiction was cemented. In fact, Intervention won an Emmy for Outstanding Reality Program in 2009.

Because shows like Intervention approached addiction using the same terms and concepts as traditional treatment professionals, the audience is able to understand addiction not as a failure of willpower, but as NIDA defines it: “a chronic, often relapsing brain disease.”

Audiences are able to watch the recovery process and to better understand its ups and downs. The National Institute of Health reports: “Many Americans today do not yet understand why people become addicted to drugs or how remarkable scientific advances are literally redefining the arena of addiction.”  Viewers gain a vocabulary of addiction that allows them to relate to people dealing with it. As this grows, families and loved ones of addicts find an audience prepared to welcome their stories and experiences. No longer do those people have to sit in silence, suffering alone.

In addition, addicts can better understand both the toll that addiction takes on loved ones. One episode of Intervention might help them to see that more than a dozen conversations with their own family and friends. Watching it on television lowers defensiveness.

By watching the process of recovery, both addicts and loved ones gain a greater understanding of that process, which makes it less scary to pursue. People learn where to look for help and understand what they can expect from that help.

But, the tales of addiction told by reality television aren’t always perfectly honest for a few reasons. When Intervention cemented itself in a winning position, similar shows and copycat productions popped up. In order to command viewership, these shows had to compete for numbers, and they did this by upping the shock value and via editing, stories become skewed.

It’s important to keep a few things in mind, in order to avoid being swept up into reality television’s version of addiction:

Certainly, reality television has shed light on addiction, but it also distorts treatment. To get the real scoop about suboxone rehabilitation and the benefits it can offer you, SuboxoneDrugRehabs.com at 800-533-1341 (Who Answers?) .