Home › Articles › Suboxone and the Effects of Opiate Addiction

Suboxone and the Effects of Opiate Addiction

Opiates are a class of drug either derived from the opium poppy or synthetically produced to mimic the effects of those drugs. Some opiates are prescribed as pain medications, but others are illegal, or illicit, like heroin. All opiates are extremely addictive.

According to the 2015 World Drug Report compiled by the United Nations Office on Drugs and Crime, limited information indicates there are 16.5 million opiate users worldwide, or .7 percent of the world’s population. Because opiate dependence and addiction have such a rapid onset, casual users can quickly find themselves unable to stop.

If you find yourself addicted to an opiate and you are uncertain how to make it through withdrawal and treatment, suboxone can be extremely helpful. For help locating treatment, use the Buprenorphine Treatment Physician Listing provided by the Substance Abuse and Mental Health Services Administration and call SuboxoneDrugRehabs.com at 800-533-1341 (Who Answers?) . 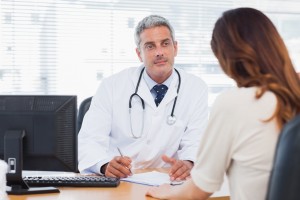 You can be prescribed suboxone by a doctor, without having to enter a treatment center.

Suboxone is a combination of buprenorphine and naloxone available as both a sublingual (under the tongue) film or as a pill.

Suboxone is also prescribed by a doctor, which means it can be administered in private without having to enter a treatment center, like you would with methadone. For some treatment choices, it is the best option. However, it should be part of a holistic treatment plan.

Short-Term Effects of Opiate Use

Primarily, opiates are prescribed to treat pain. Therefore, one of the biggest effects is pain reduction. However, there are other, less desirable effects.

“Opioid Complications and Side Effects,” published in Pain Physician, identifies the following side effects:

Of these, the most common side effects of opioid usage are constipation (which has a very high incidence) and nausea.

The only fantastic part of an opiate addiction is that it can be managed. In 2012, of the 1,375,146 people seeking drug treatment in the United States, 42.6 percent were opiate and opioid users.. Part of success comes from finding the right treatment type and setting. Many of these users found relief via medication assisted therapy using suboxone If you are ready to seek treatment, call SuboxoneDrugRehabs.com at 800-533-1341 (Who Answers?) .