If you are the parent of an adult child with an opiate abuse problem, you feel helpless. Your child is no longer living in your home and you can’t keep a watchful eye out or enforce a curfew or ground them. You may feel like you are standing by while they ruin their life.

But, you don’t have to be passive in the face of your child’s addiction, there are suggestions you can make, research you can do, and things you can offer. One suggestion worth researching is suboxone.

Suboxone is a combination of buprenorphine and naloxone available as both a sublingual film to take under the tongue or a pill.

Moreover, suboxone is prescribed by a doctor and can be administered in private without having to enter a treatment center. For some treatment choices, it is the best option. 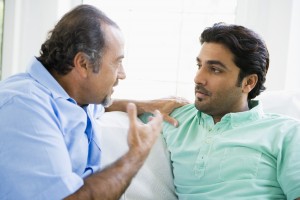 Research the different treatment options and explain them to your child, without forcing them to choose one.

If your adult child is abusing opiates, they are not alone.

The Substance Abuse and Mental Health Services Administration (SAMHSA) reports characteristics of admissions and discharges from substance abuse treatment facilities in its Treatment Episode Data Set (TEDS). According to 2013 findings:

Given the proven effectiveness of medication-opioid therapy, it is a shame that only 18 percent of admissions receive it, but one reason is the lack of information about suboxone provided to the general public. In addition, suboxone can be hard to get a prescription for. For help, use the Buprenorphine Treatment Physician Listing provided by the Substance Abuse and Mental Health Services Administration and call SubaxoneDrugRehabs.com at 800-533-1341 (Who Answers?) .

How to Help Your Adult Child

The best thing you can do for your opiate addicted adult child is research. Contact resources like SubaxoneDrugRehabs.com and learn as much as you can about the drug and local doctors who can prescribe it. Also, research other treatment components as medication assisted treatment doesn’t work exclusively. There are other components of treatment that will help.

When you have located resources and learned as much as you can, approach your child with what you have learned. Don’t simply insist they get help or beg them to. Remain calm and simply share what you learned. Let them make decisions based on what you provide. Addiction is a hard habit to break and your child will be resistant. Pushing them into treatment before they are ready won’t work.

Is Suboxone Rehab Safe for Children and Teens?

One way to initiate the conversation is by holding an intervention. Obviously, you know your child best and it is possible that an intervention could be interpreted as a confrontation. If your child is prone to anger or violence, they may feel cornered and lash out. For parents who feel their child would respond more calmly, interventions can be extremely helpful.

If your child won’t respond to your approaches, give them space. An addiction can’t be dealt with until and addict wants it to be and even though you wish your willpower was enough, they have to make the choice themselves. If you would like more help developing a potential suboxone treatment plan to share with your child, call SubaxoneDrugRehabs.com at 800-533-1341 (Who Answers?) .