Home › Articles › Suboxone vs. Methadone: Which Is More Dangerous?

Suboxone vs. Methadone: Which Is More Dangerous?

Both Suboxone and methadone can be highly beneficial drugs for opioid addiction recovery, but both also have their downsides and risks. Which is more dangerous: Suboxone or methadone? Call 800-533-1341 (Who Answers?) now to find a rehab program that will provide you with the safest, most reliable care for your needs.

Suboxone and Its Risks

Suboxone is protected from abuse in many ways. For example, as stated by the Substance Abuse and Mental Health Services Administration, the buprenorphine in Suboxone “has unique pharmacological properties that help” lower the potential of overdose and abuse. 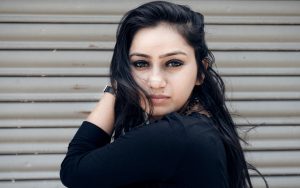 Methadone has a higher abuse potential than Suboxone.

A person who abuses a buprenorphine-based drug will eventually run into its ceiling effect, which will cause it to stop creating more and more intense effects at a certain point, even as it is still taken in higher and higher doses. In addition, naloxone, which is also present in the drug, precipitates withdrawal in those who attempt to crush and snort or inject it.

Suboxone has a number of safeguards put into place to protect it from abuse, which is why it can be prescribed through a doctor’s office instead of only received at a clinic (like methadone). However, people still abuse the drug, as it can create “significant euphoria” in certain cases (Drug Enforcement Administration). As such, abuse is still a risk.

In addition, buprenorphine has been known to cause liver problems, especially in those who already suffer from liver-related issues. Drinking or taking other medications that slow breathing can also be dangerous while on Suboxone. It is important to understand the risks of the drug, beyond its potential for abuse, and the possible side effects you could encounter when taking Suboxone.

Methadone and Its Risks

Methadone has a much higher abuse potential than Suboxone. This is because the former drug is an opioid agonist and can create intense euphoria if taken in large doses. It does not have a ceiling effect and can be extremely dangerous if abused, which can possibly lead to overdose.

As a result, methadone can only be received through licensed clinics that are approved by the government (National Institute of Justice).

Methadone can have other risks as well. According to SAMHSA, a person should absolutely seek help immediately if they are taking methadone and experience

As stated by the National Library of Medicine, methadone can possibly cause a rare heart problem called a prolonged QT interval. This is much more likely to occur in those who already suffer from heart problems or defects or who have issues like these in their families.

The Dangers of Long-Term Suboxone Drug Use

Which Is More Dangerous?

Methadone can be a dangerous drug, as it does have a high potential for abuse, but sometimes, it is the only medication strong enough to curb one’s withdrawal symptoms and cravings. If a person has a severe dependence on opioids, they will often need methadone to treat their addiction over Suboxone, as the latter medication will not be able to create the same effects as optimal-dose methadone.

In addition, some individuals are safer taking methadone because it forces them to go to a treatment program every day that is highly regulated instead of just getting their medication from a doctor.

Sometimes, though, Suboxone is the safer choice. This drug does protect against abuse in many ways, and if someone has a less severe dependence on opioids, it could be a much better choice for their needs. Someone who has suffered from liver problems in the past, however, may be safer taking methadone, while someone who has heart problems may want to consider Suboxone.

Essentially, there are many variables that can affect one’s safety and whether they would be better off taking either Suboxone or methadone. The most important thing is to seek help from a doctor and to discuss your needs and medical history with them so they will know exactly which medication is safer for your recovery.

Call 800-533-1341 (Who Answers?) today to find rehab centers where you can recover from opioid addiction safely and effectively. We want to help you find the best program for your needs.