Long Term Effects of Opiate Abuse on the Nervous System

Most people know that when they abuse a substance like Opiates, the risk of addiction increases exponentially and can cause many terrible health problems if it is not properly treated.

Many do not seek treatment because they do not know the long-term effects opiates can have on them and so they continue to abuse them until they require treatment to reverse it. When someone abuses an Opiate drug, many long-term effects can occur on the nervous system. Call 800-533-1341 (Who Answers?) to get the help you need today.

When someone uses opiates more than the prescribed dose, it can cause many long-term effects on the nervous system that lead to an addiction. With the continued abuse of opiates, their nervous system can develop a tolerance and a dependence for the drug.

Like most drugs, opiates trigger the brain’s opiate receptors and in small doses, it can work to relax the patient and ease their physical pain by causing a sedative effect on the individual. If taken in doses higher than prescribed, this dependence can lead to a full-blown addiction, which 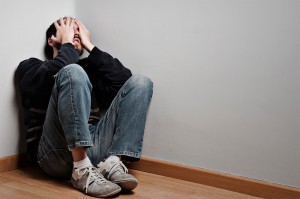 Opiate abuse can cause depression and other mental illnesses.

can take years to recover from.

Opiates Cause an Addiction

When opiates are taken in higher doses than the required dose, it causes the amount of feel-good chemicals (dopamine and serotonin), which activates the pleasure and reward pathways in the brain.

According to the NCBI, with the release of the dopamine into the nucleus accumbens, it creates a lasting memory that connects the good feelings to the circumstances and environment they were invoked.  These connections then cause the person to feel as though they need to seek more in order to feel normal, which can cause an addiction that they will have to fight for the rest of their lives.

According to the NIDA, opiate abuse has also been linked to brain damage, which is caused by hypoxia due to the respiratory depression that occurs. Opiates work to suppress the pain receptors and when abused, they will cause the body to become unresponsive to medication.

It is especially damaging because it weakens the immune system, which makes the individual more susceptible to bacteria and viruses.

As previously mentioned, Opiate has the ability to produce more dopamine but it can also lower it. Dopamine is the chemical in the brain that causes feelings of pleasure and happiness. Unhealthy dopamine will cause the opposite effect and leave people more prone to harsh mental illnesses, especially depression, which can make it harder for the person to maintain their recovery even after treatment.

Opiate drugs cause many effects on the nervous system when they are abused. It can cause a tolerance buildup, dependency, addiction, brain damage, and a depletion of dopamine, which can lead to depression. Opiates are meant to numb the person from pain and while in regular doses this is harmless, in larger doses it can drastically change the life of the user.

Once the abuse has turned into an addiction, it is not only possible but also likely that the person will have to fight to remain sober for the rest of their lives.

If you or a loved one is suffering from opiate addiction and needs help, call 800-533-1341 (Who Answers?) to speak with a caring specialist that can assist you.