Suboxone’s Growth as a Street Drug

Suboxone, a drug designed specifically for opiate and alcohol addiction, hit the American markets in 2002, and has steadily been gaining acceptance as a reliable alternative and addition to traditional drug and alcohol treatment. Made from a combination of buprenorphine, a powerful narcotic, and naloxone, an opiod blocker, Suboxone works in two different ways.

The buprenophrine attaches to the brain’s opiod receptors, quieting cravings and the urge to use, as well as stopping the uncomfortable withdrawal symptoms associated with opiate use. The naloxone is an opiod blocker, meaning it binds to the brain’s opiod receptors and doesn’t allow other opiates to become effective. For those with a history of relapse and recovery, Suboxone may be the deterrent they need to stay drug free.

When it comes to Suboxone, research shows it does work to treat opiate addiction, but only if it’s used as part of a medically-assisted treatment program. Without the treatment aspect, Suboxone simply becomes a substitute for illicit substances.

For these people, Suboxone has become a way to maintain their addiction. If and when there’s a need to be clean, Suboxone gives addicts an option without having to go through withdrawal. Because it has both an opiate and a blocker, there are no drug cravings, and some may even experience a slight euphoria. And because Suboxone is a newer drug, it’s not as widely known and many people, including some court systems, don’t test for it on drug screening panels.

Moving from the Pharmacy and Onto the Streets 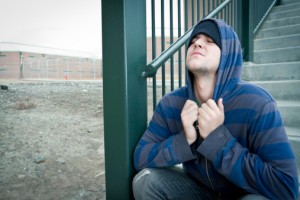 Suboxone addicts have found ways to both snort and inject the drug.

As time progresses, Suboxone is becoming more and more popular as a street drug, and many heroin dealers are now carrying it to offer their customers the option. It’s currently estimated that nearly half of all Suboxone prescribed is either resold or redirected into the illegal drug trafficking process, and many professionals joke that there’s now more Suboxone on the streets than in the pharmacies.

Originally, Suboxone was marketed as having a low level of abuse, but because it’s a narcotic, that’s just not the case. With over 30,000 yearly ER visits associated with Suboxone and over half of those due to non-medically prescribed use, it’s becoming a growing epidemic.

While Suboxone comes in a both a tablet and a sublingual strip to help deter non-prescribed use, addicts have found ways to abuse it. Although the pills are becoming less and less popular amongst prescribing doctors, they still find their way into the streets and many addicts both crush and snort the drug, while others inject it. Even the sublingual strips can be melted in water and injected, and the ramifications of using Suboxone this way are still unknown.

Because Suboxone has recently opened up its patent to allow generics, some people in the addiction field fear there will be an explosion similar to what happened when oxytocin was first made in a generic form. Too much of the drug will find its way to recreational users, just like what happened with of the pain pill epidemic of the late 1990s.. While doctors are trying to find ways to stop the abuse of Suboxone, it continues to grow as a street drug.

Are you addicted to opiates or using Suboxone without a prescription? Call 800-533-1341 (Who Answers?) for help today and start your journey to recovery.

10 Dangers of Suboxone Abuse You Need to Know