According to the Substance Abuse and Mental Health Services Administration, “The FDA has approved” several buprenorphine products, including a buccal film, a film, a sublingual tablet, and several transmucosal products that help treat opioid dependence. The most commonly prescribed of these drugs is Suboxone, which contains both buprenorphine and naloxone. While the naloxone in the drug is meant to minimize the potential for abuse by those who would attempt to crush and inject the medication, this type of abuse still occurs, leading to serious relapse in many patients.

However, the FDA has recently granted a fast track designation to a new buprenorphine injection treatment that is meant to help avoid many of the issues associated with abuse and relapse. But will this new version of the medication be helpful? 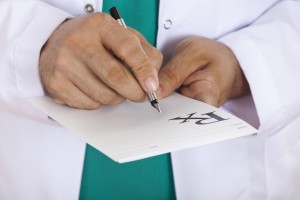 Buprenorphine can be prescribed in a doctor’s office.

One of the most important benefits associated with buprenorphine is that the medication can be prescribed in a doctor’s office instead of only in a clinic like methadone. Because methadone is so heavily regulated, some individuals have trouble getting onto a waitlist for a clinic or, once they do, have to wait for a very long time to start getting medication. Having the drug prescribed right in a doctor’s office by doctors who have gained the government’s approval to prescribe buprenorphine is extremely helpful to many people who otherwise would have struggled to get the medication they needed.

However, the individual must still go to the pharmacy to pick up their medication after receiving the prescription. This means they must be able to take the dosage as prescribed and avoid the desire to abuse the medication. Because the new buprenorphine injections would be administered in the doctor’s office instead of being administered at home, this could be much safer for the individual who takes it and possibly minimize the chance for abuse.

According to the US Food and Drug Administration, Suboxone must be taken “one time a day” because the half-life of the drug is only around 36 hours. This means many individuals often start to experience cravings and other issues whenever they need to take more of the drug, increasing the possible chance for relapse.

The new buprenorphine injection will be a long-acting medication that will last in the individual’s system much longer, reducing the frequency of times the individual will begin to experience withdrawal symptoms, cravings, and other issues associated with the difficult journey of ending opioid abuse. This could also potentially help minimize the possibility of diversion and relapse, as patients will likely experience the difficult side effects that lead to these issues less frequently.

As more information becomes available, it will likely be easier to give a definitive answer. However, because the new medication would remove the requirement for daily dosing and allow patients to be treated directly within their doctors’ offices, buprenorphine injections could very well reduce relapse rates. This upcoming treatment option for opioid addicts is likely to make a considerable difference in the way treatment works and give patients more options for care, something that often helps to considerably improve the drug abuse and addiction situation overall.